I am welcoming you to the new work of Invitation to Composers Project 2011.
Please come along and enjoy the work of contemporary composers that will be presented during this year in UK, France and Romania by Anda Anastasescu and London Schubert Players. The fist 2 event will take place in London: 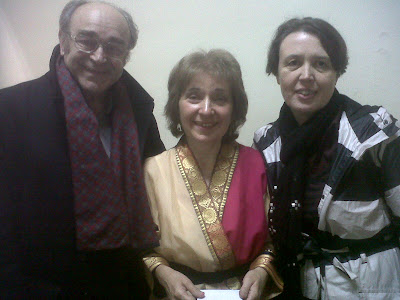 I am looking forward to see you,

Be not afeard: the isle is full of noises,
Sounds and sweet airs, that give delight,
and hurt not.
The Tempest, Shakespeare.

The London Schubert Players welcome you to the mysterious sounds of their next journeys:
- the magical musical world of Ravel and Faure
- the film-like music of the Jewish-Ethiopian story which brought many international awards to Radu Mihaileanu's film Va, vis et deviens
- a meditation by a Serbo-Croat composer on Japanese poet Basho
- the colourful and delightful rhythms of Venezuelan and Romanian dances
- the poetical paths of Heine, Baudelaire and Tennyson put to music by composers Silvestri, Cashian and Nickol. 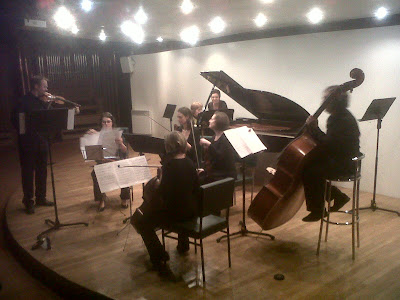 The two events are part of Invitation to Composers international project, which has enriched Europe’s cultural heritage in 2010 and 2011 with 40 valuable works inspired by music, literature, visual arts, history and nature. It is building bridges between great traditions of music of the past and contemporary thought, without the use of electronics and non-musical experiments. It was one of 87 projects selected by the European Commission out of 298 for its recent cultural programmes. It has caught the interest, imagination and admiration of over 100 professional composers and 80 performers worldwide, the composition department of London’s Royal Academy of Music, record distributors, festival directors and music lovers.

The book to be launched contains the Bournemouth Symphony players' impressions about the legendary Romanian conductor Constantin Silvestri; and the unique film, shown publicly in Britain for the first time on July 6th, a tremendous performance of Silvestri conducting the French National Radio Orchestra in Liszt's poem Tasso and Silvestri's own work Prelude and Fugue (Toccata). 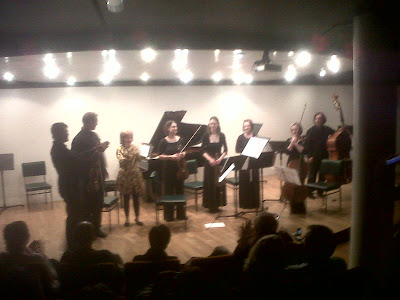 We want to share these journeys, entrance is free and a glass of wine will be waiting for you!

See you soon,
Yours in Music,
Anda and the London Schubert Players