Thank you very much to those many who came to our As You Like It event in the Romanian Cultural Institute last week and gave us an enthusiastic full house to perform for. The four composers came to London from the US, Romania, Italy and Croatia, to hear the World Premieres of their works. They had a very satisfying time with us and we have now recorded their works for the first CD of the project.

Next week, on 22 July at 6pm we are holding a seminar with musical illustrations at 72 Warwick Gardens, followed by a buffet party. The event will be presented by myself, the London Schubert Players and the 78 years-old Swedish composer of German origin, Eberhard Eyser. His work, The Nightingale was singing all night long is written for Piano, Violin, Viola, Cello, Double Bass, and inspired by Schubert's Trout Quintet.

Places at £15/person. Seating is limited and early booking is advised.

We hope to share this evening with you and send our best wishes,
Anda and the Schubert Players
www.invitationtocomposers.co.uk

Our next London concert will be on November 28th in the Royal Academy of Music. Meanwhile, we continue our musical journey to Norfolk, Edinburgh, Paris, Bucharest and Cluj.

Anda and the Schubert Players
www.invitationtocomposers.co.uk

Invitation to composers become one of 'Success Stories' written up for the European Commission (DG Education and Culture) and are now available online at http://ec.europa.eu/education/lifelong-learning-programme/doc2410_en.htm

When the London Schubert Players’ Chamber Orchestra (LSP) issued its first
‘Invitation to Composers’ they had a clear goal in mind – to extend the European
repertoire of new contemporary classical music for specific, and rare, chamber music
combinations.

The first ‘Invitation to Composers’ was issued in 2008 to composers of any age and
nationality to write short works for “specific chamber music combinations which do not exist
or are very rare in the standard classical music repertoire”. For Anda Anastasescu, LSP’s
founder and artistic director, the inspiration for the project came as a result of difficulties
experienced in finding quality works for specific instrumental combinations.
“For 18 years, as a professional performing group we encountered difficulties in
programming a number of great chamber works by Schubert, Mendelssohn, Saint-Saëns,
Messiaen and Enescu – because they are each written for a specific instrumental
combination for which no other noted composer has so far written. In addition, we were
seduced by the idea of performing interesting combinations which the standard European
repertoire does not offer,” explains Anda.
The project is a partnership between the UK, France and Romania. It includes the
organization of concerts, seminars, workshops and conferences in all three countries, with
performances and presentations of the most inspired of the new works submitted to the
project. For this project, the LSP is collaborating with the Romanian Cultural Institute in Paris
and the Asociata Info Manager (AIM) in Bucharest. The official launch of the project in
London was held on 31 March 2010 at the Royal Academy of Music (RAM) in the presence
of Philip Cashian, Head of Composition at the RAM and a very influential figure in musical
composition..

A rich selection
A total of 22 works were selected during the first year of the project, submitted by composers
from 11 countries (Belarus, Croatia, Czech Republic, Israel, Italy, Mexico, Norway, Romania,
Sweden, UK and the US). The works were inspired by four models: Schubert’s Trout Quintet
for piano, violin, viola, cello and double bass; Mendelssohn’s concerto for solo piano, solo
violin and string quintet; Saint-Saens septet for trumpet, piano and string quintet; and
Messiaen’s Quatuor pour la fin du temps for piano, violin, clarinet and cello.
Norwegian composer, Bj¢rn Bolstad Skjelbred, saw in the ‘Invitation to Composers’ project
something different from the many other calls for scores and invitations to composers. “This
project stood out from the others because of its reference to specific pieces of music,
composers and instrumental combinations, and because of the musical calibre of its models.
The main motivation for my contribution to the project was imagining a piece of my own
music being compared to or put next to a landmark piece.”
For UK composer, Drew Wilson, the ‘models’ also provided an immediate creative impetus,
while leaving a free reign to the imagination: ”It will be very interesting to hear the different
approaches taken from the same starting point, especially given the very diverse cultural
backgrounds of the composers taking part.”
The composers will also have the opportunity to meet each other at the various events and
concerts organised. This is expected to provide further scope for the exchange of ideas and
comparison of musical approaches. “Cultural exchange in one's own field is always
interesting and instructive. Those of us from different countries will be the product of different
teaching and to some extent aesthetic environments, which throw a revealing light on one's
own preferences and - yes - prejudices, which hopefully get reduced as we are better
informed!” notes Drew.

Linking past and present
As well as filling gaps in Europe’s musical repertoire and enriching it with new and
interesting pieces from across the continent, the project also serves as a bridge between
past and contemporary composition.
“The project aims to create a new dimension in the art of composing in the field of classical
music,” says Anda. ”It inspires and provokes composers' imagination and skills to transmute
some of the greatest European musical ideas of the 18th, 19th and 20th centuries into the
21st – providing a direct connection between great European musical traditions and
contemporary thought.”
A fundamental premise of the project is that the new pieces will be played alongside the
‘model’ they were inspired by. This is expected to bring new attention and a fresh eye to the
older pieces. “Somehow, you hear new things in them when they are set against the
contemporary compositions,” adds Anda. “They seem more modern, more courageous, and
you can imagine how it was when they were first composed.”
For the composers, too, the approach chosen fosters an appreciation of the past. “Through
this link with important compositions of the past, contemporary musicians can identify with
the West’s extraordinary musical tradition,” notes Roberto Brisotto (Italy), who based his
composition – Evocations Rituelles – on Messiaen’s Quatuor pour la fin du temps.

Collaborative creation
Another key aspect of the project is the close collaboration between the musicians and the
composers. For the composer Ivan Božičević (Croatia), concerned by contemporary music’s
tendency to focus on complexity over beauty, this was a major consideration: “It seemed to
me that the ‘Invitation to Composers’ contained a genuine quest for beauty in new music.
The works were to be judged by future performers themselves, not by some complexityseeking
composer peers.”
The close collaboration between the musicians and the composers is appreciated by all
those involved. “For most composers, access to musicians is pretty limited,” says Drew
Wilson. “Having the opportunity to hear your piece played, participate in rehearsals and get
feedback from the players is really quite exciting. Sometimes things are not quite as you
imagined them, or are even not possible in practice. The interaction with the musicians
allows you to adapt the piece, refine it, before it is actually performed in front of the public.”
For the musicians, too, the exchange with the composers is very satisfying. Violin and viola
player, Ricardo Zwietisch, will be performing many of the new pieces with the London
Schubert Players: “It is very motivating to be discovering completely new pieces of music
and being able to get direct feedback from the composers themselves. It allows a creative
collaboration which helps to shape the piece and enrich the musical interpretation.”
As a viola player, he is also very pleased to see the creation of new pieces for viola. “There
are very few classical pieces written for the viola, so these new pieces will be an important
addition to the viola repertoire.” 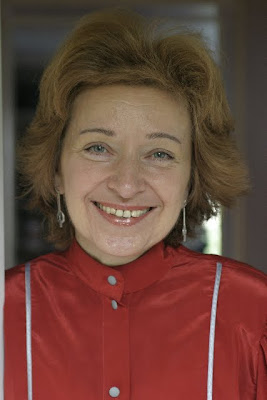 The Invitation to Composers project is coordinated by Anda Anatasescu, founder and
artistic director of the London Schubert Players’ Chamber Orchestra. It is supported
by the European Commission’s Culture Programme 2007-2013 [Ref:…… ] The
selected works of the project will be published and recorded on CD, and a book will
be published about the composers.

The material is part of 'Success Stories' written up for the European Commission (DG Education and Culture) and can be found http://ec.europa.eu/education/lifelong-learning-programme/doc/na/3long_en.pdf 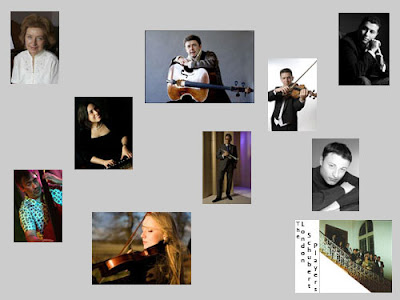 As You Like It
Thursday 8 July 2010 at 8pm
Romanian Cultural Institute
1, Belgrave Square,
LONDON SW1X 8PH


There are no tickets issued for this concert and a donation of £10/person is kindly suggested. If you wish us to reserve your seats please send us a cheque payable to: London Schubert Players Trust, 72 Warwick Gardens, London W14 8PP. We will put your names on the attendance list available on the door on the night. Thank you very much indeed.

We are honoured on this occasion by the presence of a delegation from the European Commission.

We hope to see many of you at this concert and to celebrate together the interesting work of the four contemporary composers.

Hear The Nightingale was singing all night long
on 22 July at 6pm,
in a Seminar held by Anda Anastasescu and the 78 years-old Swedish composer of German origin,
Eberhard Eyser,
at 72 Warwick Gardens, followed by a buffet party.

The Nightingale is written for Piano, Violin, Viola, Cello and Double Bass.

Spend the weekend of 24/25 July in North Norfolk listening to our first
Schubertiade Festival
where rivers Ant and Bure meet.
Concerts take place in beautiful old churches and an art historian will take you through the churches' history and architecture, as well as a tour of some of the most interesting in the area. Strawberry teas will be served.

We are looking forward to see you at our events and entertain you with our musical programmes.
Our next London event will be on November 28th in the Royal Academy of Music. Meanwhile, we continue our musical journey in Paris, Bucharest and Cluj.