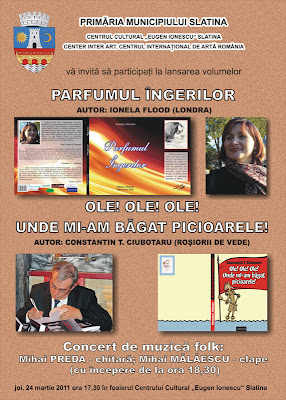 The Poetry Society and The Ratiu Foundation present

The Corneliu M Popescu Prize (awarded every other year) is organised by The Poetry Society and sponsored by The Ratiu Foundation. The prize is awarded biennially by the Poetry Society for a volume of poetry translated from a European language into English.

The first Award was given in 1983. Formerly the European Poetry Translation Prize (1983-1997) the Prize was relaunched in 2003, and renamed in memory of the young Romanian translator Corneliu M Popescu. Corneliu, who translated the work of one of Romania’s leading poets, Mihai Eminescu, into English, died in an earthquake in 1977, aged 19. The Prize’s founding sponsor in the early 1980s was Romanian journalist, author and democracy campaigner Ion Ratiu. It has been supported by the Ratiu Foundation since 2003.

ENTRY DETAILS
• A prize of £1500 will be awarded to the translator of a volume of poetry translated from a European language into English and published between 1 June 2009 and 31 May 2011.
• The closing date for submissions is 31 May 2011.
• Three copies of each book should be sent to
Corneliu M Popescu Prize, The Poetry Society, 22 Betterton Street, London, WC2H 9BX, UK.
Each submission must be accompanied by an entry form (photocopies permissible). You can download it from the Poetry Society’s website.
• Submissions can be made by the publisher, translator or poet. Self-published work is ineligible.
• By submitting a volume, the copyright holder grants the Poetry Society the unrestricted non-exclusive right to perform/broadcast/publish one poem from the volume, when the winner is announced or up to twelve months afterwards, in order to publicise the winning entry.
• The winner will be announced by 6 November 2011 on the Poetry Society website, and celebrated at the Aldeburgh Poetry Festival 2011.
• The judges’ decision will be final.
• Frequently asked questions answered at www.poetrysociety.org.uk/content/competitions

2011 JUDGES: JANE DRAYCOTT & SASHA DUGDALE
JANE DRAYCOTT’s translation of the medieval dream-elegy Pearl is published this year by Carcanet/OxfordPoets. Her translations of Old and Middle English poetry won Stephen Spender prizes in 2008 and 2010. Jane was named a Next Generation poet by the PBS, and has won the Keats-Shelley Prize. Her collections include The Night Tree and Prince Rupert’s Drop (Oxford Poets) and Tideway and Christina the Astonishing (with Lesley Saunders) from Two Rivers Press. Her most recent collection Over was shortlisted for the 2009 T.S. Eliot Prize. She teaches at the University of Oxford and Lancaster University.

SASHA DUGDALE is a poet and translator. She worked for the British Council in Russia in the 1990s where she set up the Russian New Writing Project with the Royal Court Theatre. Since her return in 2001 she has translated new plays for theatres including the Court, the RSC and other companies. She has published two collections of translations of Russian poetry, of which the most recent, Birdsong on the Seabed (Bloodaxe) by Elena Shvarts was a PBS Choice and shortlisted for the Popescu and Academica Rossica Translation Awards. A third collection of her own poems The Red House is published by Carcanet in August 2011.

You can see a video from the 2009 Award Ceremony here.

THE RATIU FOUNDATION
The Ratiu Foundation was established in London in 1979 by Ion and Elisabeth Ratiu to promote and support projects which further education and research in the culture and history of Romania . The foundation offers grants to Romanian students studying a wide range of subjects in the UK , principally for projects, postgraduate courses, conference participations, travel grants, and other short term courses including academic research. They enable talented graduates and young professionals to become familiar with the UK and gain skills, which they can adapt and apply in Romania . The Ratiu Foundation offers annual seed funding for innovative projects, principally in Romania , which foster Romanian arts and civilisation, heritage, civil society, democracy and environmental protection.
Details on www.ratiufamilyfoundation.com

THE POETRY SOCIETY
The Poetry Society is Britain ’s leading voice for poets and poetry. Founded in 1909 to promote ‘a more general recognition and appreciation of poetry’, the Society is now one of literature’s most dynamic organisations, with nearly 4,000 members worldwide. With its innovative commissioning, education and publishing programmes, and a packed calendar of readings and performances, the Poetry Society champions poetry in its many forms. It publishes the leading international poetry magazine Poetry Review; and is editor of the UK domain of Poetry Intern ational Web. As well as the Popescu Prize, its other prestigious Awards include the National Poetry Competition, the Ted Hughes Award for New work in Poetry, SLAMbassadors, and the Foyle Young Poets of the Year Award.
Details on www.poetrysociety.org.uk 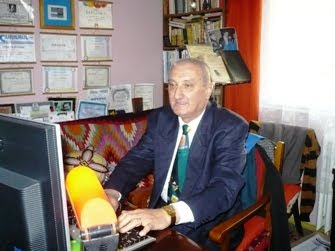 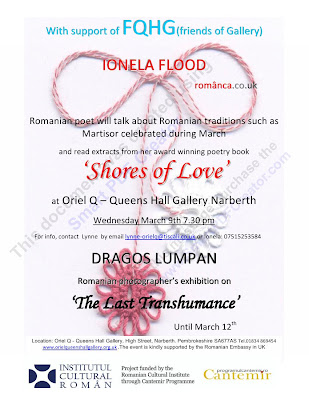 Romanca Society will celebrate International Womens Day in Wales. You are welcome to join Ionela Flood talk about Martisor and her award winning poetry book "Shores of love" on 9 March 7.30pm at Oriel -Qeens, Hall Gallery Narbert, High Street, Narberth SA667AS .For details contact Lynn 01834869454, or Ionela 07515253584 . I am looking to see you there. Ionela Flood
Posted by Ionela Flood at 18:29 Niciun comentariu: